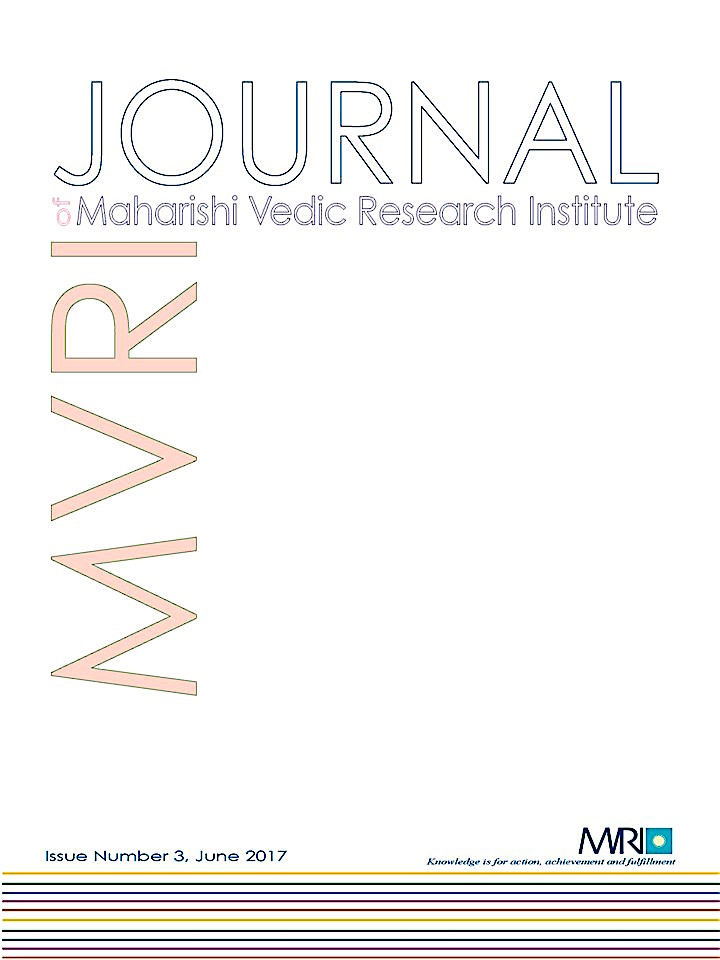 JMVRI Issue Number Three is a special issue devoted solely to the research and documentation of the literature of Maharishi Mahesh Yogi from 1957 to 2015, providing a valuable, research resource in this area.

Researching Maharishi Mahesh Yogi: An Archive of Publications from 1957-2015

There is a significant body of extant published literature about Maharishi Mahesh Yogi and the impact his insights into Vedic Science have had on the modern academic disciplines, on applied areas of personal and collective life, and on the future. This literature appears throughout the academic record, and includes publications on topics as diverse as the arts and architecture, the environment, higher education, health and healthcare utilization, management and leadership, and government; even specialist analyses of quantum physics and supersymmetric quantum unified field theories, neuroscience, genetic engineering, mathematics, and gerontology by Nobel Laureates, business and government leaders, academics, educators, and scientists from virtually every major discipline form part of this anthology. These publications appear in the literature of countries as diverse as Australia, Sweden and Senegal, with the bulk of the collection published in Europe, India and the United States. Moreover, leading peer-reviewed journals, including Scientific American, American Journal of Physiology, British Journal of Educational Psychology and International Journal of Neuroscience, and some of the world’s most notable research institutes, have conducted and published empirical findings and theoretical papers on Maharishi’s programs.

However, few, if any, scholarly research studies have attempted to document the actual publications by Maharishi himself, despite the fact that he was a prolific writer and teacher over the course of 50 years. For this reason, the present paper presents an archive of 170 published documents by Maharishi from 1957 to 2015, all of which form part of the public record. By evaluating his catalogue of published material—including the identification of central themes, key words and phrases, and encapsulating quotes—and by cross-referencing the material with an index of key words and phrases and third-party publications which validate the written statements by Maharishi, it is hoped the present study will serve as a model platform upon which further reading and analysis of Maharishi Vedic Science, and the literature which supports it, can systematically be conducted, thereby preparing the ground for future scholarship and research.