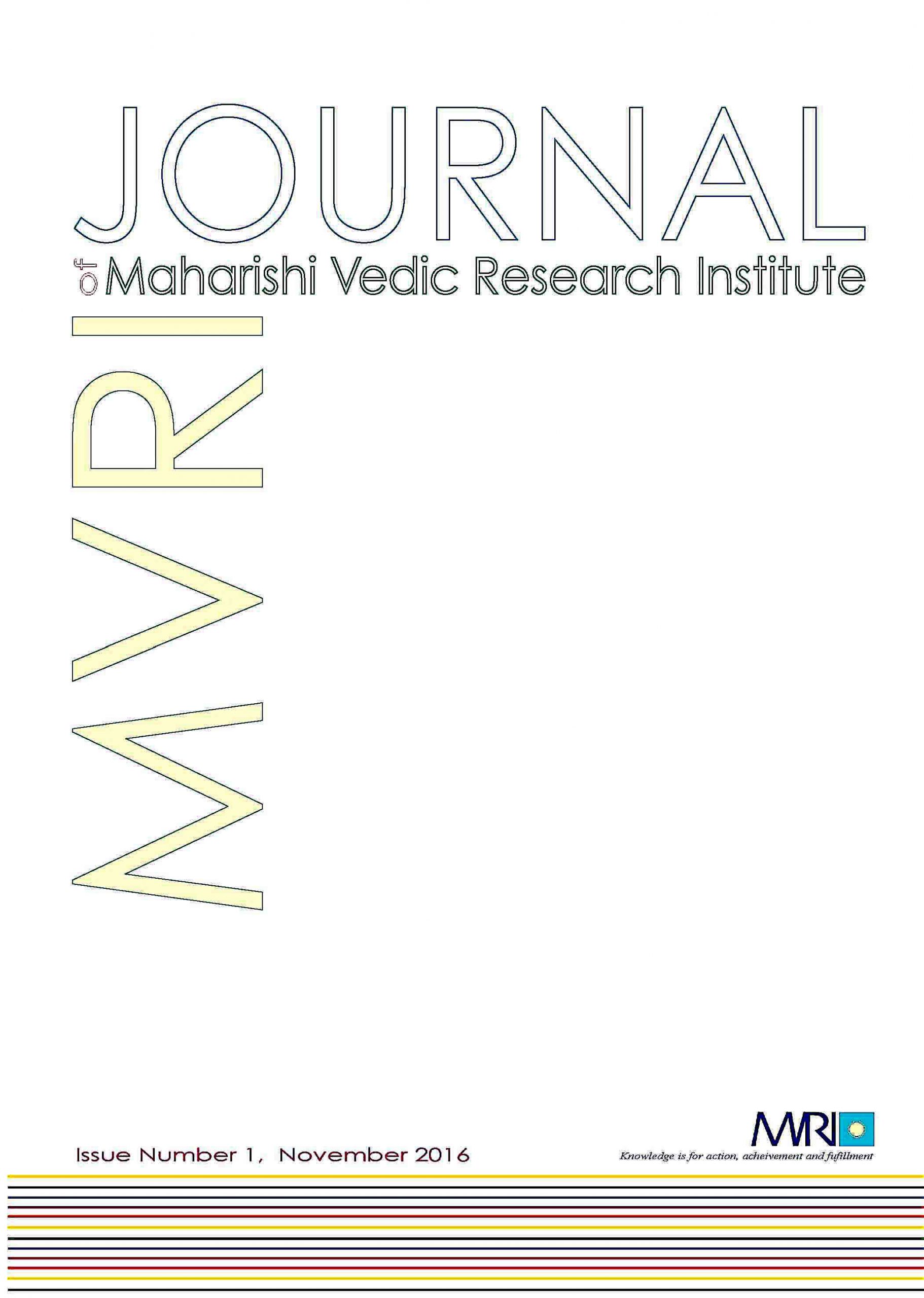 Factor Analysis of Social Indicators in the Middle East: Effects of Cultural, Military, Political, and Climatic Events and Group Practice of the Transcendental Meditation and TM-Sidhi Program

Maharishi Mahesh Yogi has proposed a fundamentally new theory of society, which posits a field of collective consciousness as the causal level of social organization underlying all patterns of relationships between and among individuals and social groups. The purpose of the present study was to use factor analysis to examine the inter-correlation patterns among the dependent variables used in our previous research set in Israel. We wanted to reduce them to two composite factors for the purpose of seeing what these factors might tell us about collective consciousness and how it reacts to cultural, military, political, and climatic events in the country, as well as to a group practicing the Transcendental Meditation and TM-Sidhi program there.

First, we studied the effects of the various salient events in the country on the Overall quality of life index used in our previous research. Vacations improved the Overall index (effect size d = 1.25, p < .00001). Summer heat and the resignation of Prime Minister Begin both decreased the index (d’s = -.78 and -.89, respectively, p < .004). These findings validate that our quality of life index was sensitive to a variety of events, and therefore is a good reflection of the collective consciousness of the country. The effect of the Transcendental Meditation and TM-Sidhi group (the “TM Group”) on the Overall index was stronger than any of the cultural, military, political, or climatic events studied. Moreover, the effect of the TM Group on the index was robust under different conditions. These results support the theory that the Maharishi Effect operates on the fundamental level of the unified field of natural law, which is transcendental to the relative changing values in cultural, political, military, and climatic events. The next phase in this study was to examine how the different social indicators might cluster into higher order factors and to study how the Maharishi Effect might differentially influence these factors. Factor analysis of the dependent variables yielded two factors that accounted for 57% of the variance. Factor 1 loaded on the Lebanon-war variables, the national mood, and stock prices. Factor 2 loaded on crime, fires, and auto accidents. Factor 1 may be interpreted as a collective-actor dimension of social indicators, which reflects the motivations and actions of society as a whole. Factor 2 appears to represent individual-actor variables. This interpretation of the results suggests that the effect of the TM Group was stronger on society as a holistic entity than on the personal behaviour of individuals within society. This suggests new directions of study for this as well as for other areas of social indicators research.

In Sight—Cognition or Darshana: A New Perspective on Artistic Vision

Citation: Bonshek, A. (2016). In sight—cognition or darshana: A new perspective on artistic vision. Journal of Maharishi Vedic Research Institute, 1, 41-93.

Various readings of Darshana (and Darshan) have been presented by scholars of Indian art and theory. Most agree that Darshana (द शन) is a “seeing” or “viewing” that involves interactivity and a heightened perception. While Darshana can be understood as insight, realization or revelation, translations of Darshana embrace the concepts of seeing, looking at, observing, perceiving, discerning, becoming visible or known, and literally “sight” or “viewing.” It also refers to the auspicious viewing of a sacred image to take into oneself the power of the deity or a blessed glimpse of the divine. In addition Darshana can mean “cognition” or knowing. Having cognizance of something is to have knowledge or perception of something.

This paper will introduce the concept of Darshana from the point of view of recent theory in an art context, before looking more closely at Darshana, considering the six-fold self-referral structure of consciousness that Darshana embodies, its qualities, and bi-directionality or Lamp at the Door, Ṛitaṃ Bharā Pragyā, number and Vedic Mathematics, perception, artistic sight and Devatās, all from the perspective of Maharishi Vedic Science. The purpose of this paper is to reveal Maharishi’s unique insight into the phenomenon of Darshana and how his teaching can illuminate our understanding of a variety of topics, including artistic sight, self-realization and knowledge, today.

Therapeutic Jurisprudence is a major force in the contemporary justice system, with its principles informing the practice of drug courts, family violence courts, mental health courts and other solution-focused courts and increasingly, mainstream judging. It values practices that support offenders’ internal mechanisms of change.

The use of the self-development technique, Transcendental Meditation in offender rehabilitation is also based on the concept that individuals have unique healing mechanisms within. The practice of this technique produces a unique state of restful alertness, releasing stress, creating greater orderliness in the brain and promoting healing. Research has found that the technique promotes psychological growth and decreased recidivism in offenders.

While deserving of wider use in society for the prevention of criminal tendencies and the rehabilitation of offenders, the Transcendental Meditation technique can be used in conjunction with therapeutic jurisprudence based programs. A project based in Geraldton, Western Australia, illustrated how the use of both the Transcendental Meditation technique and therapeutic jurisprudence can promote offender rehabilitation.