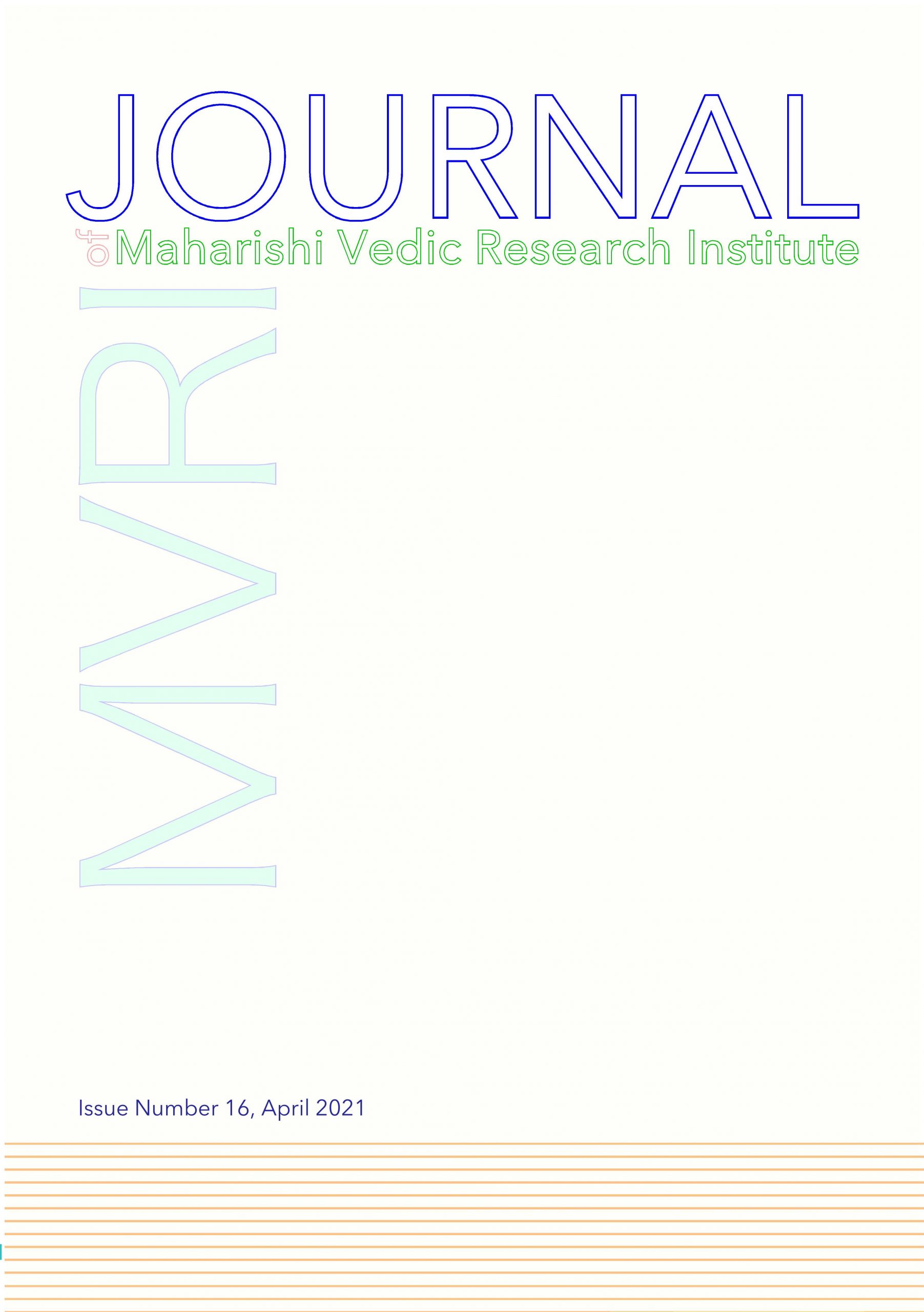 JMVRI Issue No. 16 contains three original research papers. The first by Dr Michael King, titled “Courts’ Response to Trauma and Application of the Transcendental Meditation Technique” (pp. 11-36), considers the role Transcendental Meditation might play in jurisprudence and sentencing because it produces a unique state of restful alertness and its regular practice alleviates the symptoms of posttraumatic stress disorder in a variety of traumatised populations, promotes psychological growth and more positive behaviour, and reduces offender recidivism. Court programs have explored its use in small offender rehabilitation programs, but should, according to Dr King, consider its wider application to address the trauma of the criminal justice system and the secondary trauma and stress of court professionals.

Courts’ Responses to Trauma and Application of the Transcendental Meditation Technique

The court system is one of society’s principal mechanisms for processing the consequences of trauma. Traumatic events may arise from criminal behaviour or give rise to civil proceedings and those coming before the courts as parties such as defendants or victims may have dysfunction in a number of life domains due to unresolved trauma from the past. Historically courts have failed to use processes sensitive to the effects of trauma and have consequently in some cases retraumatised people, particularly victims of crime. Professionals working in courts have been subjected to secondary trauma through exposure to traumatic cases. Courts are addressing trauma by using innovative processes, including connecting those with trauma-related needs to appropriate treatment and support services and by using more sensitive court processes.

Additional avenues to address trauma need to be explored. For example, research has found that the practice of the stress-reduction and self-development technique, the Transcendental Meditation technique, produces a unique state of restful alertness and that its regular practice alleviates the symptoms of posttraumatic stress disorder in a variety of traumatised populations, promotes psychological growth and more positive behaviour, and reduces offender recidivism. To date court programs have only explored its use in small offender rehabilitation programs. Courts should consider its wider use to address the trauma of parties and the secondary trauma and stress of court professionals.

This teaching, as we will see, rests on the experience of higher consciousness which Maharishi made available to everyone through his technologies of consciousness, the first and foundation of which is Transcendental Meditation. The highest purpose of these technologies lies in the transformation of life that they produce, as demonstrated by the experiences of these programs and their benefits, for individuals and societies, and as verified by a decades-long, world-wide, research program.

The contemporary view of scholarship, as it is found in universities and research organisations, centres on agreed practices and standards that underpin formal presentations of knowledge. Usually, students do not systematically learn this ‘code of scholarship’, if I can call it that, although books have been written about it and academic journals and publishers attempt to capture it in their guidelines for authors. More often it is learned by practice, as a graduate apprentice to a supervisor or mentor. Yet informal as this learning structure is, researchers consistently accept and share it. Critical thinking is central to it; an idea and a practice that is, paradoxically, more undefined than it may first appear. It includes precise terminology and propositions; logically developed arguments; evidential support; and an overarching commitment to submitting texts, as journal articles or books, one’s own and others, to searching texts according to these principles.

Long-Term Practice of the Transcendental Meditation Technique in Puno, Perú: A Five-Level Exploratory Model of Theory and Research

Practice of the Transcendental Meditation technique has been well-documented in the published literature since the 1970s. However, the significance of the practice in South America generally and Perú specifically has been unrecorded, except for the recently published study on parent and teacher perceptions of Aymara children who meditate in Puno, despite its widespread use in schools, government agencies, and businesses in the last 20 years. This paper examines the theoretical foundations of the practice and compares these propositions to international research findings, all of which have been conducted outside Perú.

Using a five-level qualitative approach to explore the practice in Perú, the paper reports the experiences of six long-term practitioners of Transcendental Meditation in Puno who have practiced the technique for an average of 15 years. These reports have been coded and analysed thematically and organised into the following five levels: consciousness, mental, physical, behavioural, and sociocultural, with Puno data analysed for confirmatory or dissimilar evidence vis-à-vis international findings. Participants are from the Aymara population, an under-represented group in published literature from South America, making the study distinct. Findings suggest that experiences of long-term meditators in Puno are largely consistent with prior international research outcomes.